“Once the spotlight is on and the curtains have opened it is my destiny to take the lead!” - Yūbi

It didn’t take long for the Redhead to realize that the pink-haired president wasn’t listening to her complaints at all, as per usual he always chooses to listen if it’s important to him if not he would attempt to numb her voice out. This only made her blood boil more and it was perfectly clear to see by the agitated look on her face. “Hey! Are you--” Just when she wanted to drag his attention to what she was saying she was interrupted by his focused expression. He probably noticed the state she was in and realized she was pregnant, with twins at that. She had forgotten her uncle didn’t need words to notice what she’s going through. With that, she looks back to Kinshi who had also taken notice of her presence. She offered him a bright smile as if she never was agitated at all, truth be told she liked Kinshi because he wasn’t noisy enough to give her a headache.”Likewise Kinshi.” Though she wanted to catch up on how Kinshi is doing, a certain loud voice she hadn’t heard in YEARS… both her and Kechi immediately knew this voice belonged to someone they went through for a lifetime, and to this day their relationship was still… unexplainable. She realized her uncle wanted to make a break for it but it was no use. Kojin had already entered the room.

Her face returned back to an agitated one when she fixed her gaze upon the sky blue-haired male who completely overshadows her with his gigantic height. Just the look of him not only mocking her but also need to look down on her as if she was a midget pissed her off.

“Your witty remarks are a nuisance as usual! I would’ve thought after all these years you would know to shut your trap for once!”

One would normally be happy to see the other after years and express how much she missed them but this wasn’t the case for Yubi at all, although she must admit inside she was happy to see old faces again in her hometown. And she knew that’s how the three of them secretly felt even though they all screamed the opposite at each other. While she and Kojin had their exchange of words the Kechi next to her would disappear and the real one would appear by her side. Judged by his out-of-breath state she realized he must’ve used his abilities to a point. This cursed Kekkei Genkai wasn’t doing any of them justice at this point this is why the ebony rarely wanted to use her abilities it only brought her to pain. She then glared back at Kojin who patted her back, she wanted to answer his witty remark but it reminded her how she had to walk home on her own and thus leaving her even more annoyed. But she would leave her complaints after the most important part.

“Oh please! Your height is abnormal at this point. Knowing Kechi he ran away from you on purpose!”

She giggled at her own remark, mostly because her exposure was a fact. These two had always been like cats and dogs, always one running and the other chasing. Any normal person wouldn’t keep up with them. Though she was sure Kojin barely was able to hear her remarks because he was too caught up in his own humorous remarks. Her attention returned to Kechi once he asked her to come too. “Red bean huh… it’s truly been a while since I last been here and somehow you two are already giving me a headache” Even though she showed complaints and protests she left the room and headed over to the pink-haired president's office.


~In The President’s Office~

The moment she entered the room she stayed silent, not wanting to intrude on the kids' exchange of information. But also because she was curious about what he was plotting and what was going on in her village. The mention of Kiseki Isogi made her think back, her name was memorable and the image of the little girl was definitely in her mind. But she was sure the little girl grew so much the last time she was mentioned or seen by her. One by one she looked at these kids and hoped they were able to succeed in their mission with no trouble along the way. Especially for the kid with the brown hair, the way he was beaten up earlier had the redhead a little worried but they should be fine. Yubi was only here to report her own mission after all, not to care about another one. 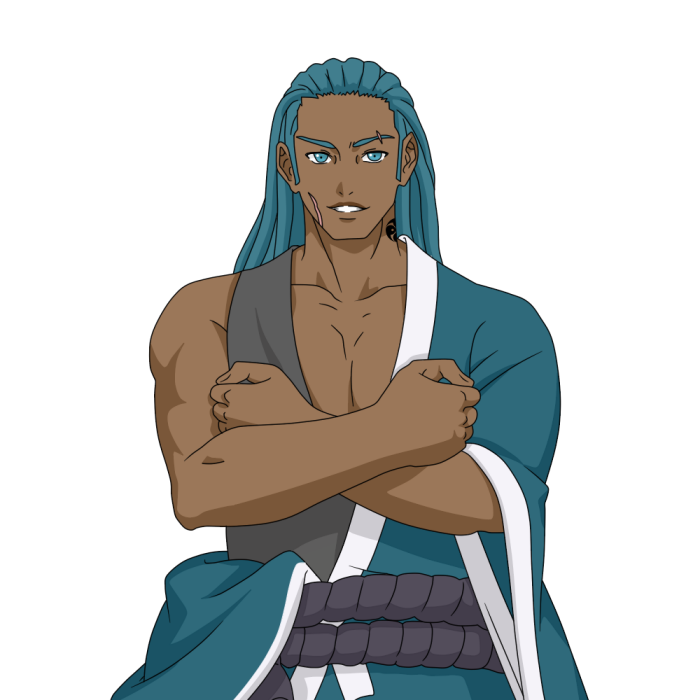 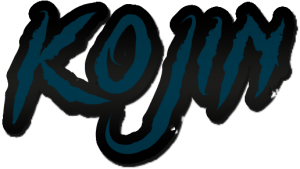 "Well, that's a new one. Bumbling brute, looks like you're finally expanding your vocabu-."

Kojin halted mid-sentence, the second he opened his mouth to let out a response to Kechi's remarks, the man had disappeared into thin air. Kojin couldn't help but laugh even harder, he was used to Kechi's fickle personality, he never did stay around for long. Though, despite being unable to move at the same speeds, Kojin had an eye for spotting Kechi at even his highest speeds. It was a trait he picked up after observing the man for so long. He took joy in watching him speed away, it was almost entertaining to an extent. It was comparable to watching a cartoon character run from a villain, something that greatly appealed to his childish sensibilities. However, with Kechi having left mid-sentence, Kojin was forced to follow, he still hadn't gotten the chance to give the man a piece of his mind for leaving before he could arrive, not once, but now twice.

"I see living like a kept white woman didn't do much for your attitude, huh tomato head?."

Kojin exclaimed, smacking Yubi on her back once again even harder, his hand dwarfing her entire form. The sheer size of his hand looked almost as though it could grasp and lift her entire body with ease. Kojin couldn't help but feel a warmth now that he'd returned to the place he once called his home. Being a daimyo wasn't all it was said to be, the responsibility was more than an annoyance for a man like himself. Above all else, his distance from Kechi took more of a toll on him than he'd realized. He felt instant relief having reunited with his miniature companion and his crimson-haired niece, even seeing the peach-haired brat was more entertaining than he'd ever admit.

"Hey, I'd rather be a giant than a munchkin. But hey, I hear the former Hokage fancied himself a small woman."

Once again, Kojin couldn't help but burst into laughter. It was amazing just how much joy he found in his own exclamations. However, just as Kechi had left, his niece followed suit, making her way to the supposed meeting place. Kojin stopped mid-laugh, his brow curling downward as he watched Yubi walk off into the distance. He looked around realizing he was the last left of them, standing alone in an empty courtyard. He started off for Kechi's office, pondering on just what jokes he'd make upon his arrival.

Keji had left the room with his team to the President's Office.

After the sudden and devastating declaration by the being known as Madoguchi, it would seem as though as he had retreated into the chakra source as fast as he had arrived. Due to this sudden retreat by the alien threat, the world leaders have ordered all citizens' return effective immediately.