The two children would have gulped, they was frightened, scared and didn't know where they was and 'who' the Ninja before them was, naturally the male Zexion would step infront of his younger sister, taking her hand and following behind the Kunoichi known as Samiya. His own heart was trembling, he couldn't speak, could hardly move and was trembling much like his younger sister, his own eyes connected with the shinobi known as Hino's, Hino showing hatred toward them caused him to almost wince a little and a further gulp. Having followed the two outside the building, their vision was impaired due to Samiya, little did they know she was obstructing their own father's body from their sight. 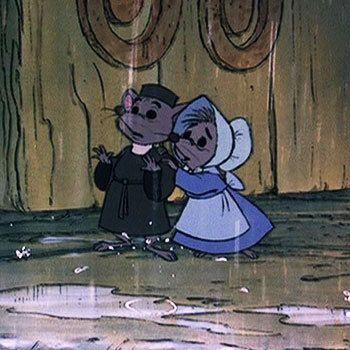 A few seconds would pass and a Bird would come swooping toward them, naturally they both curled up in the fetial position, naturally, nothing happened.. it wasn't until Samiya began to write a note and after, she would slowly usher them into her palm, looking up to her, their eyes wide with fear and their hearts pounding, and just like that.. they was off to who knows.

Meanwhile at the carriage, two smaller Rats would begin to usher the Ninja inside.

"C-come. You must leave right now, while the sun is in the sky"

They was unarmed and clearer worker rats, much like Bellion was, the rats only walked around a corner and using a physically altering jutsu, would look like a human with rat like ears and a tail.. it was an imperfect transformation no doubt.

Along their journey, the carriage would be filled with strange supplements such as Rotten meat. Overripe Fruit and mouldy Bread.. could they be hunting something that possesses the scroll in the abandoned mine, indeed..

"Y-you three have no idea what we are 'after'.. right?.. it's called a Wendigo.. it hides deep in mountain sides.. Eats the flesh of pretty much anything.. vile creatures"

with that, the speaking Rat handed a picture of a Wendigo toward the Kunoichi Samiya.

"This was taken back 5 years ago.. we know it still lives and we also know it hordes lost tools.. see, one of the reasons we know where it is was because it attacked a caravan of rats before and horded everything.. that caravan was heading toward the Rat, so.. by killing this or sneaking in.. doing what you shinobi do best.. you can find it."

With that.. their mission would seem to only get harder from here on out.. perhaps the Genin should call for backup before facing this foe? or will they go down as the legendary duo that took out a Wendigo horde. This is down entirely to Samiya and Hino. What will you do?

After the sudden and devastating declaration by the being known as Madoguchi, it would seem as though as he had retreated into the chakra source as fast as he had arrived. Due to this sudden retreat by the alien threat, the world leaders have ordered all citizens' return effective immediately. 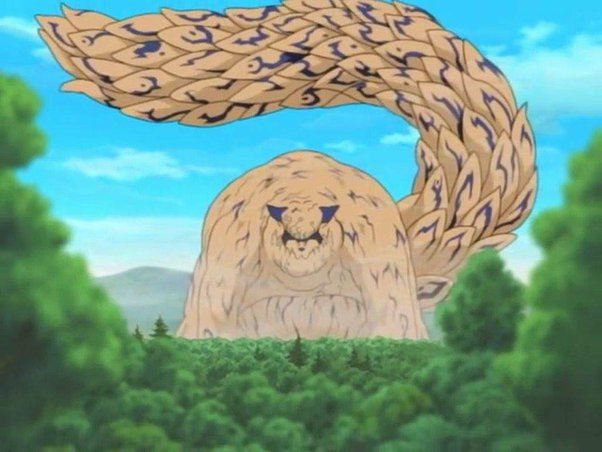 The one-tailed beast mysteriously appeared within the Land of Merchants. Shukaku rejoiced as it had been rejuvenated and now wanted to explore the shinobi world once more. "I'm gonna find some sweets and then go find Kurama and show that bastard whose the weakest-tailed beast," he said in a dark yet playful tone. Each step Ichibi took, caused massive earthquakes and oceans of sand to brew. Shukaku's titanic presence affected the merchant's business and scared off both customers and merchants alike. The Shukaku needed to be subdued to help preserve peace and prosperity